This September and October, I’ll be running two tough races, three weeks apart: the inaugural Ring of Steall Skyrace and the Plusnet Yorkshire Marathon. Every week, I’ll be reflecting on my training – what worked, what didn’t, changes made, fueling, diet, sleep, etc.

What I learned this week:

Another run in South Drumtochty, up Strathfinella Hill, down the other side, then back up again, and down, down, down all the way back to my car. This run is literally an uphill-downhill, out-and-back route. This time, I did it from the South Drumtochty carpark, which has you climbing uphill immediately, good practice for the race. I need to do runs that jams tons of altitude into a shorter distance, because this is what the race will be like. This run fits that bill.

I was feeling tired and slightly lazy, so I changed things up in an attempt to shorten the amount of time I was working out. I also did all leg strengthening exercises one-legged, as all of my ascents and descents will, after all, be on one leg when you think about it.

I worked on legs and core, doing the following circuits of Sally McRae’s body weight exercises:

Dip and Dive (side plank)

Believe it or not, my inner thighs burned more from this than my abs!

Drumtochy Glen has a small, 4.5 mile loop of landrover track, with a huge climb. Rather than simply do the route, and climb only one of the two hills, I did hill reps up both hills.

The first set was up a more gradual, winding hill: 1 minute up at tempo pace, 45 seconds down, repeat all the way up the hill. I lost count after 6 reps as I breathlessly made my way to the top of the first climb. I then jogged back down the hill and further into the forest to hill #2, the ascent from the other side of the loop.

This one is nicknamed the ‘Chucky stones’ hill by some running friends because it’s got many larger stones on the track. It’s also much steeper and longer than the first hill. Rather than going up and down, up and down, up and down trying to gradually make my way to the top, I ran up in 1 minute intervals at tempo pace, followed by 45 seconds power-walking up; another exercise to prepare for the race. It took five reps of this to get just beyond the top.

I finished the run with an easy jog downhill, back to my car.

Believe it or not, the first time I attempted to run these hills, I stopped about 1 minute in. I had to walk up the initial steep hill from the carpark. My, how things have changed!

Friday: rest day spent absolutely stunned from the devastating referendum result. I’m technically an immigrant living and working in the UK, and this result has made me feel more aware of my position here, despite paying taxes, contributing to the UK economy and owning a home. I had to do more as a non-EU citizen to be able to live and work here; being from a Commonwealth country has no standing in the eyes of the UK Border Agency, never mind an English-speaking one. I feel relieved to be in Scotland, which voted in large favour of remaining in the EU, and that the Scottish government seems to be the only one with many plans to stay in the EU, but I’m concerned with the debauchery and embarrassment of ‘politics’ coming out of Westminster. I also wish we bought our Iceland krona before the referendum….

Mid-run fuel: too much! A pack of dried mango, salted caramel Nakd energy bites, a pack of Kallo chocolate-covered rice cakes (2 servings of 4), one almond Bounce energy ball, 500mL coconut water (for electrolytes), and 2L of water in the bladder of my hydration pack. I ate every 45 minutes to an hour; in the future, I’m going to try eating every hour, see how it goes. Regardless, I felt so good throughout. Taken but not eaten was a pack of gluten-free pretzels. In past long runs, I’ve not had enough food and felt the effects of it. We anticipated being out for up to seven hours, so I went prepared! 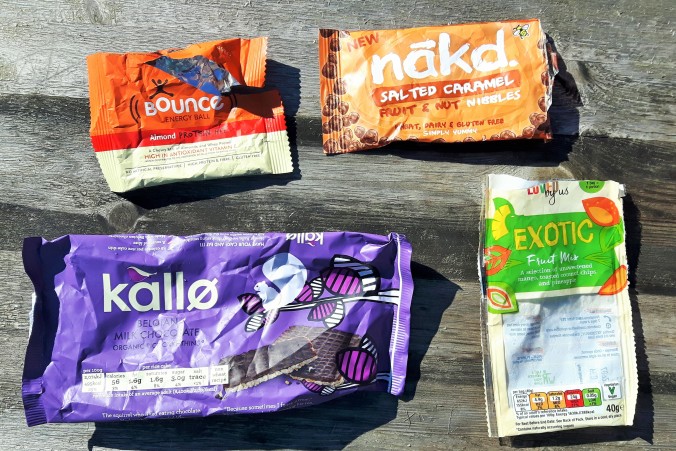 Company: a group of six people from my running club.

What a run! In every possible way! The weather forecast was pretty grim for the day: intermittent showers and sun, but no wind. Rain we could deal with, but had there been stronger winds that day, we would’ve cancelled the run. The visibility at the start of the run was poor: as we veered towards Lochnagar during the initial ascent, we were basically walking into thick cloud. Good thing we had experienced navigators and most of us had done this route before. We got rained on, hailed on and for most of the run, we were thoroughly drenched to the point of a constant trickle of water down my legs from my shorts. The only time I felt cold was at the top of Lochnagar, where some stronger, colder wind hit. My waterproof water-resistant jacket was so drenched it stuck to me – perhaps I will get a new one for the race, or at least take some water-proofing spray to it.

This is the furthest I’ve ever run and one of the longest times I’ve ever been on my feet. I obviously didn’t run the entire time, and power-walked up all the steeper, longer ascents, then ran the flats, shorter hills and downhill sections. I felt so strong throughout, and barely experienced any tired, burning or heavy legs, not to mention the breathlessness that can come with huge, lasting ascents. In the last miles, I was averaging sub-10 minute miles along flatter trails, which is a good sign. I also got to do some easy scrambling along large rocks as I made my way to the top of a peak, or back down one.

This run was a big test for my current fitness level, one which I’m pleased to say I passed with flying colours! It’s also a very good training run for race day.

The previous day’s run was quite a feat which left me feeling slightly tired but not exhausted to the point I couldn’t do at least a three mile jog; I also didn’t feel any muscle soreness. The reason I didn’t do this run was because I was instead hungover from a very small, celebratory glass of red wine the night before. I’m a cheap drunk, but not that cheap! Because I barely ever drink alcohol, I feel it immediately after a drink but never accompanied by a hangover. I was clearly dehydrated from Saturday’s run, despite drinking plenty of water and eating a lot of food the night before. I spent much of Sunday feeling slightly headachy, slightly nauseous, and this only went away later in the day, perhaps due to two glasses of prosecco, via my in-laws, as we drowned our sorrows from the referendum result. Hair of the dog!

Highlights of the week:

Coming in second place in my running club Strava group this week for elevation gain, and in third place for mileage and time on my feet. I may not be one of the fastest females in the club, but I can be at the top in other ways!

This delicious and nourishing Beef Brisket Ragu after Saturday’s long run. I prepped everything the night before, set the brisket to cook that morning and finished it off that evening. It was the perfect way to end such a big day in the mountains.

This attempt at a hangover cure: it lessened the effects, but didn’t cure it! Observation: I’m hungry more often lately… Could this be runger? I have yet to experience it as a paleo runner.

5 thoughts on “Four Munros and a Marathon: week 3” 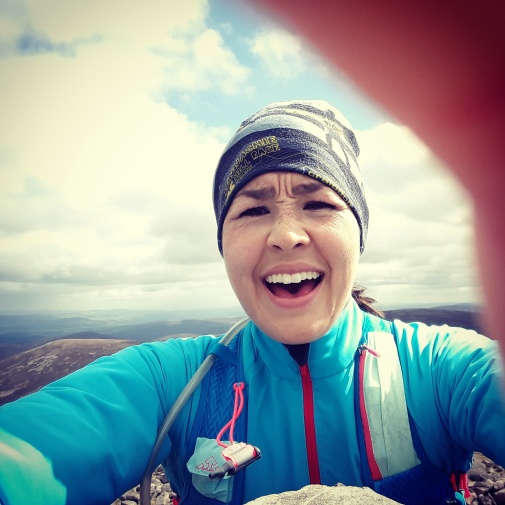 Hello, I'm Danielle! Welcome to my sometimes blog, about how I do paleo while running the trails and mountains of Scotland.